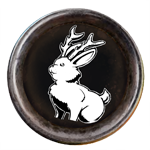 The last time I spoke to my mother on the phone, she sounded lonely. But in typical Mom fashion, mostly she complained about the people with her at the in-patient rehab center. The white woman who had roomed with her was a racist. The nurses checking in on her were stealing her clothes. She just wanted to be by herself.

Her hearing isn’t good and the phone in her room is even worse, so most of my questions — half-hearted attempts at small talk — were answered with “Huh?” and “What did you say?” over and over again. I repeated myself louder and louder, until I was screaming at the phone enough to feel angry and anxious. After about ten minutes of that I opted for a different tack — soft and gentle noises of acknowledgement. “Mm-hmm,” I said. “OK.”

Mom has been in and out of hospitals and rehab centers for nearly a year at this point. This latest run was a particularly hard one. She had been invited to stay with her sister, my aunt, while we worked out arrangements with Baltimore City to get an elder-care nurse to check in on both of them. That lasted about three days before she was back in the hospital with an infection. Two weeks later, she was released to a rehab facility. Three days after that, back in the hospital with a more severe infection that had reached her blood.

Through it all she’s been at turns gravely ill, terribly uncooperative, and demanding in the way that only very old people can manage. My aunt (the title you give to any family member who is also an older woman) has quickly realized what a handful my Mom is, so she’s been pretty hands off about all of this even though she said she would take care of her. I can’t blame her. Mom IS a handful. Most of the trouble she gets into is the kind she creates for herself and expects other people to get her out of.

Her most recent stay in rehab is scheduled to end in three days. Neither of my aunts are all that interested in taking her back, but there’s nowhere else for her to go. According to her social worker, she’s too independent for a nursing home and too poor for assisted living. At least she realizes she can’t go home now. The last time I asked her where she wanted to go it never came up in the conversation. But there was a weary resignation in her voice as she fumbled for an answer; she can’t think of any place she’d rather be.

I’ve been telling anyone who would listen for months now what a rotten year I’ve had. My sister died of a drug overdose last April, I say. I had to organize the funeral while trying to find a place for my invalid mother. I had to try to get my sister’s youngest children out of foster care even though I couldn’t take them. I had to confront all the stuff in my past that never got closure.

But after answering my mother’s pleas to call her anytime, day or night, with promises that I would, it hit me that she’s had an even more awful year. I lost my sister, but she lost her daughter. And before she could even grieve properly she was ripped out of her house and away from her neighbors and support. She was forced to rely on help from someone she really didn’t like all that much. Her life has been an endless procession of strange places and overworked health-care workers, a litany of pain in her back, her hips, her stomach, her heart. When the physical pain isn’t too bad, the grief rushes in to take up a shift. There are so many people she lost: her husband, her first son, her daughter, her grandchildren, and me.

Sometimes when the sun goes down the stress chases away her awareness. She can’t eat, she can’t sleep, she can’t do anything but wonder where she is and why she’s there. She gets mean. She refuses to take anything but medicine for the pain. She never gets enough of it.

I know if I were in my mom’s situation, I would want to die. I couldn’t take knowing that all the chances I’ve ever had in life have been taken, and this is where they’ve lead me. I don’t think I could handle the regret and the bewilderment, the ache of a failing body on top of the ache of loss. I think of her every day in some room that smells like industrial cleaners and is probably way too cold, waiting for a familiar face to make her feel better. It breaks my heart.

But I can’t let go of all the choices she’s made, all the things she’s said and done to push me away and ultimately cut me adrift. I can’t forget all the terrible things she said and did to my sister as she struggled with mental illness and addiction. I can’t rally a scattered family around someone they decided they didn’t want anything to do with years ago, or navigate a labyrinth of bureaucracy from across the country.

And I can’t write stories while trying to sort through this tangle of anger and guilt and frustration. I can’t write blogs about politics or geek culture. I can barely get it together enough to stay out of trouble at my day job. It’s hard. I don’t know what to do. In three days Mom could be wheeled out in front of a building to wait for a new home that doesn’t exist yet. It feels like a massive failure for her to be this close to that.

The next time I talk to my mother on the phone, I hope I can shout good news at her. I hope we can find a place for her to settle down, work through that grief and pain. I sincerely hope this is the bottom.

God, it’s been a hard year.

Posted by Jakebe on March 6, 2018 in mental-health, Self-Reflection