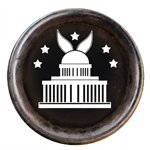 Personal confrontations among friends are a special kind of hell. No matter how much you brace for the conflict, or how hard you try to keep calm, eventually the anxiety takes hold and restraint goes out the window. It’s such an awful experience most of us will do anything to avoid it. Unfortunately, in today’s political landscape, avoiding conflict is increasingly impossible.

After the 2016 election, I found myself struggling to interact with a lot of online friends I had known for a long time. As Trump’s particular brand of bigotry took hold in the US government and we were assaulted with increasingly brazen, cruel policies, a lot of the people I thought were in my corner stepped back and tried to downplay their apathy — or even tacit approval. As 2017 rolled on, I found myself in surprise confrontations that still stress me out to remember. I still struggle with being able to speak openly about my values because I fear the inevitable conflicts they will lead to.

However, near the end of Trump’s first term, as the damage to our social values continues to deepen, I feel it’s more important than ever to be vocal about how unacceptable this is. We have to talk about the bigotry spilling unchecked into our streets and on our computers, and stand up against the violence it has inspired in emboldened right-wing extremists, white supremacists, and Christian fundamentalists. But in order to do this we have to be mindful about our engagement, and that means understanding how our anxiety expresses so we can work with the often counterproductive instinctive actions we take.

As someone with Generalized Anxiety Disorder, my trigger for the fight-or-flight reflex is much more sensitive — think of it like your car’s low tire pressure going off if it’s anywhere close to the minimum PSI. Mildly stressful situations feel like stomach-churning ordeals; real intense confrontations are simply overwhelming. Everyone who has GAD may have a different experience, but for me even a roll of the eyes or a terse response can be enough to make my heartbeat quicken with worry. The lizard brain takes over and provides you with two options: fight or flee.

In social justice discussions, ‘fight’ can look like arguing with someone online well past the point of productive discourse, or ruminating on an exchange so much it ruins your day, or even lashing out at friends and allies because agreement wasn’t swift or complete enough. ‘Flight’ can look like being silent in the face of unacceptable behavior, or avoiding any news because it’s just too upsetting. Sometimes, it can even mean withdrawing from social contact altogether. The behavior varies, but can often be distilled down to one or the other. I’ve learned that whatever your instinct, the best way to break the reflex and become more mindful is to do the opposite. Engage instead of withdrawing, or hang back instead of going all in.

If, like me, you’re conflict-avoidant in the extreme, sometimes that means you have to stop looking for the exits and stand your ground. I know, I know — it’s stressful just thinking about it. But it really does help to think about different ways you can engage an issue according to the amount of conflict you can handle. There’s absolutely no shame in bypassing direct engagement to find a way to fight back that works for you.

Indirect engagement can be as simple as thinking about the messages you spread on social media, and whose voice you decide to boost. We live in an age where the most enraging take spreads the fastest and farthest; making the choice to be more considerate with what you say online is a wonderful way to push back against that trend. Are the people or organizations we’re sharing and retweeting honest and direct about what’s happening? Do they offer ways to channel anger into action? Are we engaging in discussions in an open and constructive manner? Do we try to keep our focus on solutions, understanding, or finding common ground? If we look through our social media feed and find that the things we retweet frequently make us feel angry or despairing, choosing to change the word we spread can be a subtle but effective way of fighting back against our coarsening discourse.

Another way to fight is by donating your time, money, or effort to a worthy cause you feel passionately about. I really like this method because it keeps you focused on working towards solutions and helps you learn about what people are doing all around us to build a better world. Your time is the most precious finite resource you have, so spending time with volunteer work is honestly one of the most important things you can do. Some of us don’t have the time to spare, so money can work just as well in those cases. Donating to organizations like the ACLU, RAICES Texas, or The Nature Conservancy makes sure that there’s enough in the tank for these groups to keep fighting the good fight.

Sometimes, though, direct action is what’s called for — especially if inappropriate language or behavior is directed towards an underprivileged group you’re not a part of. It’s up to me to make sure other men know it’s not OK to be misogynist or transphobic; it sends the message that even people who aren’t personally affected by an issue stand in solidarity with those who are. And as much as I hate confrontation, I take that responsibility seriously. I think we all should. That being said, there are a few things we can do to make the confrontation as productive as possible.

Remember that you’re interacting with a person. This person is making bigoted remarks, and they might even have a history of bigoted behavior, but try to avoid branding this person a bigot (even though they likely are). Empathy matters, even towards people who we feel might not deserve it. Think about how you would want to be confronted if your behavior needed correction? At the very least, respond the way you would want to be responded to in that situation. Concentrate on the action or statement, and be firm in your disapproval of it — but don’t extend that value judgement to the person. This makes it more likely they’ll be put on the defensive, and defensive people harden against criticism. In order to change someone’s behavior, they have to be receptive. Finally, choose your limit for the interaction. If you decide that a line has been crossed and things aren’t productive anymore, simply restate your disapproval with the action and walk away. You get to decide how to interact with others, and you don’t owe them any more of your time or attention than you’re willing to give.

I’m a runner. I avoid confrontation whenever I can because it stresses me out and ruins my ability to engage with people for a long time afterwards. But over the course of these last three years, I’ve had to learn how to push past that anxiety to have difficult conversations with others. I wish I could say that it gets easier, but it doesn’t; we just get better at handling the anxiety and doing what’s right anyway. And even if a particular exchange doesn’t result in any real change, the encouragement and support I’ve received from others really helps. There’s a community of us out there who are appalled at what’s happening in the world, and who want to do whatever we can to make things better. Just knowing you’re not alone, and that by speaking up you’re letting others know you’re with them, is often enough to remove the block and push me forward.