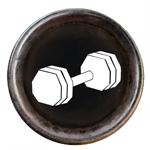 It was Super Bowl Sunday, and I was riding the high of a dominant performance by the Ravens. I admit that I may have had a rather heavy Baltimore Bang or two, and I was in that state of mind where you’re friends with the world, and you can do anything. Our host brings up this new diet he’s starting with a friend called the Whole30. I ask him about it, and the more he talks the more intrigued I am. Sensing my interest, he goes in for the kill.

“You should do it,” he says. And I respond with how hard it would be, how I couldn’t live without everything I’d have to give up, and the usual things you do when someone tells you to join their diet. Because he’s efficient and evil, he quickly pushes past those defenses and before I know it, I’m saying yes to this. A couple days later, Ryan decides he’ll join me as a show of solidarity. And on Tuesday, February 5th we ditched processed foods, grains, dairy, legumes and added sugars for 30 days.

When my head hits the pillow tonight, I’ll have quit all of the above for a full week. This was a very difficult thing to do, but (without trying to sound too cheesy) it was made infinitely better with Ryan by my side. We suffered through sugar and caffeine withdrawals together, learned about how our bodies regulate according to our fuel sources together, and are discovering how to make simple but healthy food together. If he hadn’t had my back in this, I’m almost positive I would have quit — even with the built-in support network of friends going through the same thing. It’s way too easy to run back to the things that give you comfort, even when they’re bad for you. On Tuesday I was fuzzy-headed and weird, and on Wednesday I was depressed, exhausted, and aching. Without Ryan to tell me to eat that apple, or finish my fish, or actually TRY the yam, I would have run screaming towards the nearest McDonald’s well before now.

A supportive spouse can get you through some incredibly difficult times. So thank you, Ryan. You’ve made the unbearable bearable enough that I can take interest in this. I love you.

The first week, according to the Whole30 website, is probably going to be the roughest as your body tries to adjust to the complete cessation of a certain type of fuel and the sudden shift to a rather different type of fuel. There’s no question in my mind now that my body processes grains and sugars differently from meat and vegetables, though I’m not sure I buy that this is the absolute best way to be eating. According to the Whole30 guys, food should:

If food fails in even one category, it’s out. And according to them, that pretty much leaves meats, eggs, certain nuts, vegetables and fruits. Protein should be from animals that live as close to their natural lifestyle as possible (wild-caught seafood that’s sustainably fished, organic and pasture-fed beef, natural-fed chicken, etc.). Vegetables and fruits should be local, organic if possible, and nutrient-dense. Whole30 comes across as a cousin to the Paleo Diet, more or less, but what immediately grabbed me was its focus on quality foods and attention to detail. A lot of the staples of the Whole30 diet — especially cooking fats, like coconut oil and clarified butter or ghee — is hard to find inside your neighborhood grocery store, but we’ve been making do with olive oil when we need something like that.

True to their word, the first week was really difficult. Ryan and I aren’t used to cooking in, so there was a bit of culture shock as we moved away from TV dinners and restaurants to fresh produce and lean meats. I think it was this double-whammy of a severe lifestyle change and body re-adjustment that nearly killed us this first week. We scrambled a LOT of the time, and a lot of the food we made was just what could be thrown together quickly and would relieve that constant, gnawing hunger in our stomachs. We’re still figuring out our dietary needs, how much food we should eat, and how to make food that we like and is tasty. Fear has kept us from trying a lot of spices, especially after we found out that most of our Celestial Seasonings teas were out because of the soy lecithin additive.

If I had to ding the diet for anything, it would be the black-and-white tone of it. I appreciate what Whole30 aims to do, and I dig the radical ‘reset’ of what you eat. But it’s so ridiculously restrictive that it’s very difficult to adhere to it unless you prepare all three meals a day yourself, and that takes a large amount of time and money to pull off. I’m away from home 12 hours a day during the week, so my time is fairly precious. Devoting even an hour a night to making dinner, eating it and cleaning the dishes when I’m done is a pretty big investment, but there it is.

Most of my time this past week has been taken up with food; researching what’s OK, figuring out how to prepare dishes without sauces that include sugar or butter, how to make things that can be reheated at work or keeps well cold. Most of my willpower has been taken up with trying to build this new habit — usually when I get a craving, I feed it. Having to check that impulse, directly confront and deny it isn’t something I’m used to doing, and it takes a good bit of brain power to do so.

Because of the time, mental and financial commitment, Whole30 has pretty much squeezed out my ability to do most other things. I haven’t written significantly yet this month, and what I have written has all been dedicated to my Pathfinder game. I haven’t exercised yet, either; between my mood and my energy levels, there’s no way I’m hitting the gym. In fact, I think the only thing in our house that’s been given significant attention is the kitchen, which has been better stocked and cleaner than it’s been in years.

So, one week down, three and some change to go. This weekend I prepared a lot of food ahead and developed a plan to make sure breakfast and lunch could be made as automatically as possible. Hopefully that will make it easier on us through the week so that cooking in isn’t quite as big a time commitment. Now that the worst of our body adjustments are behind us, hopefully we’ll have more energy to do other things as well.

A few things I’ve learned already is that I have the capacity to make a plan and stick to it, and just knowing that gives me more motivation to do so elsewhere. Life really is a series of choices, and you have to train yourself to make the right ones consistently. I’ve also learned the simple pleasure of making a meal that tastes good; I’ve always liked to cook and even though I’ve bitched about how much time it takes before I’m enjoying the time I spend in the kitchen for the most part. Even after the Whole30 diet ends and I can eat grains and cheeses again, I’ll try to keep that momentum for cooking in. And this might finally be the thing that breaks me of my sweet tooth. I’ll always have cravings for sugar, but it’s nice to know that I can steer away from it most of the time if I really set my mind to it.

Week two awaits: according to the Whole30 timeline, your energy stabilizes but the cravings kick in big time. By filling our time with a bit more exercise and other productive pursuits, I’m hoping we’ll nip those in the bud. We’ll see.