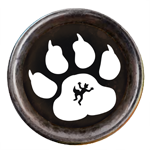 The break that I had threatened earlier was a little longer than anticipated — sorry about that. The past couple of weeks have been a bit of a whirlwind for a number of reasons, and I’m just now getting to catch up with everything. There’ll be more about that in future blogs, I promise, but for now let’s talk about the reason I was away for so long — Further Confusion 2013! (Warning: A lot of these links will lead to places that acknowledge sex and alternate sexualities.)

For those of you who have no idea what I’m talking about, Further Confusion is a fantasy convention centered around anthropomorphics (“furries“) and its various interests. You can find people there who are into cartoons, sci-fi/fantasy novels, spiritual studies (totemism, etc), music, zoology and all kinds of things. Furry is an umbrella group that can accept a multitude of roads into its borders, and that’s what makes it so cool.

I was there along with my husband Ryan; our primary interest/niche in the fandom is writing, and it’s a great time to be a furry writer. The community is growing and maturing in really neat ways, and we’re finding niches being filled in our little ‘ecosystem’. There’s something for everyone, and a lot of our writers are trying to find ways to make a living doing what they love by non-traditional means.

There were a number of authors there to read from their work. Mary Lowd had a whole panel to herself, to read from her work. Kyell Gold held a panel to read from his latest novel, Divisions. Sofawolf Press — one of the biggest publishers of furry literature — offered a sampling of readings from three works that will be coming out in the future. One of them was from Ryan, who’ll be publishing a novel trilogy about a tribe of men and their relationship with the gods around them in mythic Africa. It’s a very impressive work, and I’m immensely proud of him for it.

I attended another reading from FurPlanet Press, a great publisher that’s looking forward to an impressive year. Watts Martin read from his novella, Indigo Rain, and another friend Kevin Frane read from his new novel Summerhill. Graveyard Greg read from his alt-universe novella Carpe Mortis as well. The stories I heard this weekend run the gamut from gay slice-of-life to epic fantasy to post-modern sci-fi weirdness to action thriller to traditional fable. And they’re all good!

A bunch of local folks put together a jazz band that held (I think) their first concert on Friday afternoon. I thought I would zip in for a little bit, but ended up staying for the whole thing. I was pleasantly surprised by how well they played together, how much energy and passion they had. It was easily one of the highlights of the convention — I really hope the Super Pack Jazz Ensemble puts in a return appearance next year.

Conventions like this one are really inspiring. I get to see a host of the friends I’ve made over the years, catch up on what they’ve been doing, and meet new friends who have a wealth of different experiences. Almost everyone you meet honors their creativity in some way or another — through drawing, writing, performing, crafting, DJing, coding, collaborating. There are leather-workers, button-makers, hypnotists, costume designers, and artists of every stripe. It’s hard to come away from the convention without being proud of this wonderful fandom and all the great people who make it up. And it makes you want to rise to the challenge of contributing to it in a meaningful, positive way.

So that’s where I am, and where I’ve been. While running around being inspired and meeting an entire crush of people, though, I’ve fallen behind on my own creative projects — quite seriously so. That’s all right. It’s a learning experience, and I think I’m in very good shape to press ahead with my writing.

Kotaku did a very nice piece on Further Confusion, by the way, if you’re interested in knowing more about it. A lot of the media coverage about furries is less than kind, but this one is fairly even-handed, if a bit bemused about our existence. Of course, if you have any questions, feel free to ask. I’ll be as open and honest as possible.

One thought on “Further Confusion 2013”