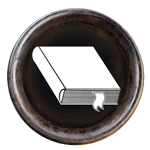 Edana Peterson is a writer who works temporary jobs to make ends meet; during one of these jobs, she meets a white, blue-collar worker named Kevin Franklin and falls in love with him. Kevin rejects his racist family in order to marry Dana — not something that’s easy, but it was especially so back in 1976. As the newlyweds move into a small place together, Dana gets dizzy while having a conversation with her husband. The room begins to spin; her vision blurs. And suddenly, she’s in a river with a drowning child. She saves him, and in reward for her trouble she’s attacked by the boy’s mother and nearly shot by a white man wondering what she’s doing off of a plantation.

This is the first of a half-dozen incredible trips back in time and across the country for Dana, the protagonist of Octavia Butler’s seminal work Kindred. Over the course of the novel, she learns that she’s being pulled back through time to save a young man named Rufus Weylin, who turns out to be an ancestor living in slavery-era Maryland. However, Rufus’ calling her have massive and long-lasting effects on Dana and Kevin; the first-hand experience of American slavery leave deep and lasting scars on both of them that they struggle to deal with.

Kindred is essentially a fictionalized slavery narrative that does something vital — it recovers the true extent of the slave’s experience and contextualizes it for modern-day audiences. One of the greatest disservices that have been done to American history is the sanitization of this period. So many stories set during this period are “lightened” so that audiences don’t lose their stomach for the tale while still hopefully learning how difficult it was. But what that does is distance ourselves from the very thing we need to be connecting to — no matter how difficult it is, knowing exactly what happened to black Americans during slavery and who perpetrated these horrors is essential in understanding the social and psychological impact it had on the people and institutions of modern-day America.

Both Dana and Kevin see themselves as progressives of the time, but the forced confrontation of the reality of their history is still hard to take. Their experience gives them no choice but to re-examine the idea they had about slavery and the choices that people under that brutal regime had to make in order to survive. Kindred illustrates just how people could possibly come to accept the abuses they endured and why they did it; it gives shades to those “Uncle Tom” and “contented mammy” characters that were caricatured in stories like Gone With The Wind; and it restores agency to so many other people trapped in the huge social ecosystem of the Southern plantation. The slaves that Dana meets when she’s transported through time don’t belong to merely a few stereotypes; their rich inner lives shows us the vast array of responses to their enslavement and how those decisions came about.

Perhaps more than anything, Kindred makes me understand just how much black women in particular suffered under white patriarchal supremacy in the antebellum South and how much they continue to do so today. They were perceived as nothing but property by all of society, and were subject to the base desires and whims of their masters. When all of the world was arrayed against you, you had to think very carefully about how you rebelled; it wasn’t simply a matter of worrying about your own life, because you had to think about the lives of your children and family as well.

One of the most fascinating things about the novel is how the shared experience of Dana and Kevin affects their relationship. Even as they become separated across time and space, what they have to endure changes them. Kevin has to disabuse himself of several notions about the struggle of black Americans in both the slavery South and the more “enlightened” times of 1970’s Los Angeles. When he returns to his “world”, it’s clear that he can’t really absorb what happened and move forward. Combined with Dana’s trauma, the couple must struggle to build a life together as best they can. The novel ends on that difficult, unresolved, yet hopeful note.

I think that’s the ultimate lesson of Kindred; fully facing a difficult history will change you in ways that are irrevocable and possibly damaging, but ultimately necessary. We can no longer go on as a society thinking that we don’t have the scars we do. If we don’t pay attention to our collective wounds, they will continue to fester and grow infectious, poisoning the very life-blood of our society. This unwillingness to look at the legacy that was left for us by our ancestors results in the continued abuse against minorities of those in power; the persistent inability of our legal system to properly recognize how those abuses have been perpetrated, largely unbroken, to this day; and the unchecked, raw anger and resentment that so many of us black Americans feel for our brothers and sisters with different ideas, lives and stories as well as the broader society that we’re all struggling to integrate into.

Kindred teaches us that clear understanding of our history is difficult but also healing. We are not whole people; we’ve done and endured terrible things. Facing that teaches us to better grasp the decisions of others within that system, see how its consequences are still baked into our society and have more compassion and empathy for our ancestors and each other. Realizing the hell we were all in simply gives us better orientation to get ourselves out of it.

So, if you can, read Kindred. Precisely because it is difficult, and will change you.