Opening Up the Hidden Heart 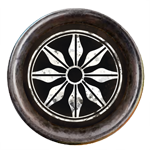 There are very few things as alienating as feeling like some deep part of yourself isn’t understood, or worse, hated. We each have core aspects of ourselves that we prefer to keep hidden — only showing them to a few people we trust. Sometimes we don’t get to trust anyone, and we move through life feeling as if no one knows us, as if we were aliens who just happen to be born here.

Sometimes the disconnection between our secret selves and the world around us is some deeply personal quirk of biology or personality; we can’t help the things we feel, even if society doesn’t understand it. Most of the time, even we barely understand it. Sometimes that disconnection comes because we find ourselves uprooted from a place and a people that gets us and transplanted somewhere different. Customs and ideas clash with everything we’ve come to know, and there’s no interest from the broader world in easing that tension. So we have to make do with whatever small and imperfect connections we can find. We spend so much time and energy finding ways to be a little less alone with each other.

This is an aspect of the human condition that fascinates me, so when I see stories featuring characters fearfully reaching out towards someone — anyone — with this precious, tiny, hidden part of themselves I’m all in. The first season of Bates Motel struck that chord with me, for example. Norma and Norman Bates are both legitimately insane, seriously damaged people, and as protagonists they’re very hard to like. But what kept drawing me back were the timid, small ways they tried to show the core of themselves to each other. That desperate need to be seen and acknowledged, even in the worst of people, is one of the things that will almost always make me empathetic.

I’ve been thinking a lot about this, about our need to transmit our experience and inner lives to other people and how astonishingly inefficient words can be for that. It’s a minor miracle that we can ever think we know each other at all; it’s hard enough to describe a concrete object so that everyone has a consistent image in their heads, but it’s next to impossible to discuss something as ephemeral and nebulous as emotion, or an idea that grabs us in just the right way. A few really talented people can find ways to use the right combinations of words to awaken the same kind of feeling in us, but most of us just flail at it.

And I think that’s why I feel such a connection to characters who try to express what’s going on inside their heads. It’s an act of bravery to talk about the things that lurk within our recesses, to pull them out and expose them to the light. There are so many things running against our chances of success — we’re not equipped to give words to these things, and almost nothing will pinpoint our emotions. Even if we find the words that make the most sense to us, there’s no guarantee that the person we’re speaking to will understand the intent behind those words. Maybe it’s the order, or the tone we use to say them, or the baggage they’re carrying with them — so many things could get in the way of true understanding, but we try anyway. It’s a fool’s errand, but it’s also one of the most hopeful and noble things we could do.

I love stories about the pain of realizing you’re different from everyone else around you, of trying to deal with that. I love stories about people who connect with other people — suddenly, as a surprise; or gradually over a shared experience. I love reading stories by people who are trying hard to transmit the particulars of their experience, broadcasting their most secret selves out into the world in the vain hopes that someone out there will feel the way they do if only they get the right words in the right order, and their audience reads it at the right time.

The most tragic stories, to me, are the ones where people attempt that connection and fail. The ones where they’re forced to be alone because of some impossible barrier. Requiem For A Dream makes me bawl every time I see it because the ending forcefully puts that final nail in the coffin. Each of the main characters are in a hell of their own making, but not because they’re evil people. They were simply broken, too broken to see that the ways they were trying to connect with each other weren’t working, that they had different perspectives, dreams, priorities.

I love these stories because I come away with them feeling a kinship with everyone around me. I have my secret heart, but so do you. And I know that we’re both looking for the people we can show it to, who will understand and accept us. There’s no feeling quite like showing someone else who you really are and being told “I see you, I know you, and I love you.”

On my best days, I want to give that feeling to everyone I come across. It requires a radical sort of acceptance, a lack of judgement that is very difficult to achieve and maintain. But the people who try? Those who understand that fundamental desire, who want to lead people to it? That’s my tribe. Those are my people.

This isn’t something that comes up consciously in my writing so far — at least, I don’t think so. But I think it might provide me with a direction with stories I have trouble finding a proper hook for. I just wanted to get these words down as a statement of intent; these are the things that interest me, these are things that I wish to do.

Posted by Jakebe on July 15, 2015 in Better Living Through Stories, Buddhism, Self-Reflection