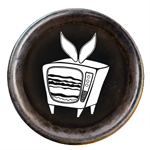 Even at number 2 on this list, I think this movie is underrated. This love story is unlike any other movie I’ve seen before or since, and I can see why so many people have fallen for it so hard. It has one of the best screenplays ever, featuring actors who are at the top of their game. There are no end of iconic moments and quotable lines, and even the ending is one of the most satisfying ever filmed. This is pretty much what a movie should be; perfectly executed in an artless, almost effortless way. Nothing touches Casablanca on that score.

Bogey plays American expatriate Rick Blaine, a bitter man who owns a casino and nightclub that attracts a wide variety of clients. Vichy French, Italian and German officials rub elbows with displaced refugees desperate to get away from the threat of the Nazis — preferably the United States. Rick is a neutral party, and his Cafe Americain is a safe harbor for anyone who can pay for drink and/or games of chance.

A petty crook shows up with letters of transit — papers that allow their bearer safe passage through Nazi-controlled Europe to neutral Portugal and her ports — planning to sell them at Rick’s club later that night. He’s arrested by Vichy Captain Louis Renault (Rains) before he gets the chance; he manages to leave them in Rick’s care before he’s pinched. An idealistic woman named Ilsa Lund (Bergman) follows the letters to the cafe, accompanied by her husband Victor Laszlo (Henreid). They need the letters so that Laszlo can continue his resistance work in America; Nazi officials in Casablanca are there to make sure he doesn’t make it out.

Ilsa and Rick have a history that makes his decision a difficult one. Suddenly, he has to weigh the bitter disappointment of the past against a moral decision that carries severe consequences for him. Can he live down his anger towards Ilsa? Does he break his carefully-maintained stance of neutrality? What does he say to the various forces pressuring him to fall one way or the other? It’s a decision point that not only decides the fate of several people, but determines just what kind of man he is. It’s heady stuff, and it’s a delight to watch Rick work through it.

The story alone is mesmerizing; Rick has to deal with an internal crisis while bearing incredible external pressure. The Nazis want him to do one thing, Ilsa wants him to do the opposite, and everyone from his frienemy Signor Ferrari (Sydney Greenstreet, who is just delightful) to corrupt cop Renault have their own ideas. He has to make peace with something he wasn’t remotely ready to tackle, forced out of his shell to engage in a conflict sweeping the rest of the world whether he wanted to or not. Bogart deftly shows us Rick’s broken soul through the cracks of his aloof, smart-alecky exterior. It’s truly extraordinary.

The rest of the film is populated with amazing characters, from torn Ilsa to stoic, moral Laszlo to good-natured, long-suffering Sam. Even the extras bustle in the peripheries of the screen; scenes are established with snatches of dialogue we get from the patrons’ tables in Rick’s cafe. The film moves through dozens of stories to hone in on the one it wants to tell, but it never lets us forget that they’re there. The story seethes with the bits of its fellows encroaching on its borders, and sometimes (during the duel of the anthems, for example) all of them coalesce into a single shared moment.

Behind the scenes, the shooting of Casablanca was fast and loose; I think this imparts an energy that you don’t see all the time with the polished Hollywood films of the 40s and 50s. The tales, true or not, of everything that went wrong with the movie and what the director and actors had to do to make things work just make me love it even more. To make something that looks so effortlessly great is no small feat — it’s even more impressive when the set is fighting you at every turn.

If you haven’t seen Casablanca yet, do yourself a favor and watch it. No matter how many times its scenes have been spoofed, misquoted and imitated, there’s simply nothing like the original. Of the 100 films on this list, this is the one I would say is the greatest — which means I’ll have to talk about why I disagree with the AFI’s anointing of Citizen Kane. That’s an essay for another time.