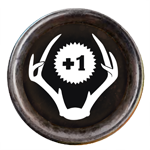 My birthday was on Monday, and it was a relatively quiet one. I went to work, came home and enjoyed the company of some writer friends, had a bit of cake. The actual birthday celebration will come this Saturday with a reasonably large crowd at one of our favorite restaurants, La Mere Michelle. I’m looking forward to it, mostly because their chicken dishes are all phenomenal.

I tend to get contemplative around my birthday, like most people. It’s a good excuse to stop for a moment, mark the passage of time, see where you’ve been and where you’re going. What are my principles at this point in my life? What are my priorities? Have I been living up to my ideals? Have I gotten better or worse as a person? What have I accomplished?

Around my age, people start to get depressed about where they are in life. You never feel like you’ve done enough. Wasn’t this around the time you were supposed to be President of the United States? Or at least famous and rich enough that you’d never have to work again? Wasn’t this around the time that your start-up would take off, or that you would invent the thing that changed the world? Most of us remember the dreams we had in childhood, in high school, in college, and compare ourselves against that. We look at the compromises and concessions we’ve had to make. We judge ourselves against some person we never were in the first place, and our lives will always pale in comparison to that.

When I was growing up, I had the line of jobs I would do. Even when I was a kid, I was never quite that ambitious. At first I wanted to be a UFOlogist, flying out to various sighting places and using the scientific method to prove the existence of alien visitation. Then I figured out that most people in that world are crazy. Then I wanted to be a veterinarian after reading All Creatures Great and Small. It turns out I couldn’t hang in the Biology weed-out course and after spending a couple of summers working at a vet’s office I didn’t have the stomach for it. Then, maybe, I’d be an actor and playwright. And I wasn’t flamboyant enough for that to be easy nor dedicated enough to work through my introversion. By the time I dropped out of college, I had given up on my dreams.

I know this sounds weird, but looking back on it that wasn’t necessarily the worst thing. Moving through life without a goal other than surviving long enough to figure things out in my 20s meant that I lived a lot. I fell in with a group who were still trying to make their dreams work, who were still struggling with the way things had shaped up for them. They weren’t quite willing to let things go. I learned an awful lot from these people about how to live, how not to live, and the importance of a community that supports you.

I didn’t take the crash and burn of childhood’s promise particularly well. The folks who knew me back in Arkansas know this particularly well, and they befriended and accepted me when I was truly a mess and it would have been completely acceptable to distance themselves from me. No matter where our relationships are now (and there are a few that aren’t very good), I owe a debt of gratitude to the folks in Fayetteville for helping me get through the worst time in my life. In every way that it’s possible, these guys saved my life and I’m grateful for it.

Now I’m reasonably together, I know a little bit more about how the world works and I’m ready to start dreaming again. I think the only reason that people get depressed when looking back on their lives is that they’ve stopped thinking it can get any better than where they’re at. I’m not going to cast judgement on that feeling. I’ve felt it an awful lot, and I remember what it’s like to be there. It sucks. A lot.

But I also know that it’s not true. I don’t want to preach the Gospel of Riches or anything, where I say that all it takes is a good attitude and some elbow grease to make your first million dollars by the age of 35. That’s bullshit and we all know that. I do want to say, though, that improvement is the dream we should always have, no matter where we are in life, and the longer you live the more reasonable and realistic your dreams of improvement tend to become.

I’m nowhere near where I thought I would be by 32. Yes, I have the distinct worry that it’s too late for me to do anything great, but I also know that greatness isn’t something that comes with one grand gesture. Greatness may be seen by the rest of the world in a single work — a speech, or a novel, or a moment — but that comes on top of a foundation that was built, brick-by-brick, over a lifetime. Some people may have had most of that foundation built for them, with successful families or a disposition towards disciplined work, a natural talent and the mentor system needed to cultivate it. Most of us get pushed towards building that foundation early and we rebel against it in certain ways, never learning the tedious work of laying brick on brick until we’ve built something mighty. And there are all kinds of reasons for that. How we ended up with the foundation we have isn’t important; what’s important is how we decide to (re)build, improve and extend it from here on out.

So even though I’m not a UFOlogist, or a veterinarian, or an actor, or a playwright, I look at the foundation I’ve built and I’m pleased with it. It’s haphazard, built strangely, but it’s solid and I’m ready to improve it. All the things that I’ve been through in 32 years of life have brought me here. Mistakes and all, I’m all I have to work with. What do I do with myself? What do I build from here?

The answer is hopefully always going to be, “Something better than what I have now.”

Posted by Jakebe on August 8, 2012 in Better Living Through Stories, Self-Reflection